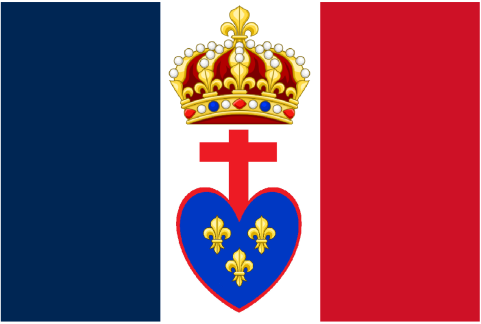 The House of Bourbon-Orleans is the Royal House of France according to the true meaning and intent of the Fundamental Laws of the kingdom.

The Parlement of Paris, a judicial body of the Old Regime, ruled that foreigners are prohibited from the succession.

The same court likewise declared that the Salic law prohibits the kingdom from falling into “foreign hands.”  Therefore, it is impossible for the same Salic law to call a foreigner to the throne.

King Henri IV was not a foreigner.  The Bearnais were ruled to be French in 1505. The Parlement of Paris confirmed this again in 1579.

Writers of the early 17th century justified the election of Hugh Capet on the idea that Charles de Lorraine had made himself a foreigner.  This is ahistorical and revisionist history, but proves the idea that only a Frenchman could be King of France.

The Old Regime did NOT recognise being “French by blood.”  There were cases of persons being “accidentally” born outside of France (but this was never granted past the second generation), but generally birth inside France or under French vassalage determined if someone was a natural Frenchman.

Succession to the throne is by natural right.  It is the nature of the prince which calls him to the throne of France.  The King must have the following nature:

Foreigners have already been excluded from the succession.  Naturally, we could name the English Kings of the Hundred Years’ War, but more important is the case of Infanta Isabella of Spain.  During the Wars of Religion, Isabella had much support by the Catholic League, but she was rejected.  This was not because she was a woman (which made her invalid a priori) but because she was a foreigner.

The exclusion of foreigners from the throne is not new, and is even justified in the Bible: